K. Alex Jennings was born and raised in the greater Nashville area but has spent significant time all over the state of Tennessee. He received his undergraduate degree in history from the University of Tennessee at Knoxville. From there, he attended the Cecil C. Humphries School of Law in Memphis, Tennessee, where he earned his Juris Doctorate in 2014.

While in law school, Alex was a member of the University of Memphis Law Review and the Family Law Clinic, where he was awarded the 2013 Fall Cali Award for the highest grade in the Clinic. He interned for the Honorable Bernice B. Donald of the 6th Circuit as well as the City of Memphis Housing and Community Development Office and externed with the Methodist Hospitals of Memphis legal department.

Upon graduation, Alex was admitted to practice law in the State of Tennessee in 2015 and the State of Georgia in 2019. Prior to joining Merbaum & Becker, Alex clerked for the Honorable Judge J. Mark Rogers of the 16th Judicial Circuit of Tennessee and worked as an associate at a smaller firm that focused on general civil litigation.

In his free time, Alex enjoys traveling with his wife Mackenzie, taking strolls on the Beltline, and watching his beloved sports teams break his heart (namely the Vols and Nottingham Forest.) Alex is grateful for his two supportive parents, Keith and Rene, and his loving sister, Erin. 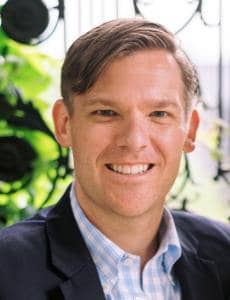 Protecting Your Money When Purchasing or Remodeling a House is a compilation of practical pointers from an attorney who has practiced in the areas of construction litigation for over 25 years. This book is ideal for anyone that is considering purchasing a house or about to start a remodeling project.

Information provided on our website is not, nor is it intended to be, legal advice. For legal advice or counsel you should consult directly with an attorney. Contacting our firm via this website, email, fax, phone or other means of communications does not create a client-attorney relationship. Please do not provide any confidential information to our firm until a formal attorney-client relationship has been established.

We invite you to send us a message. We will reply as soon as possible. Thank you!